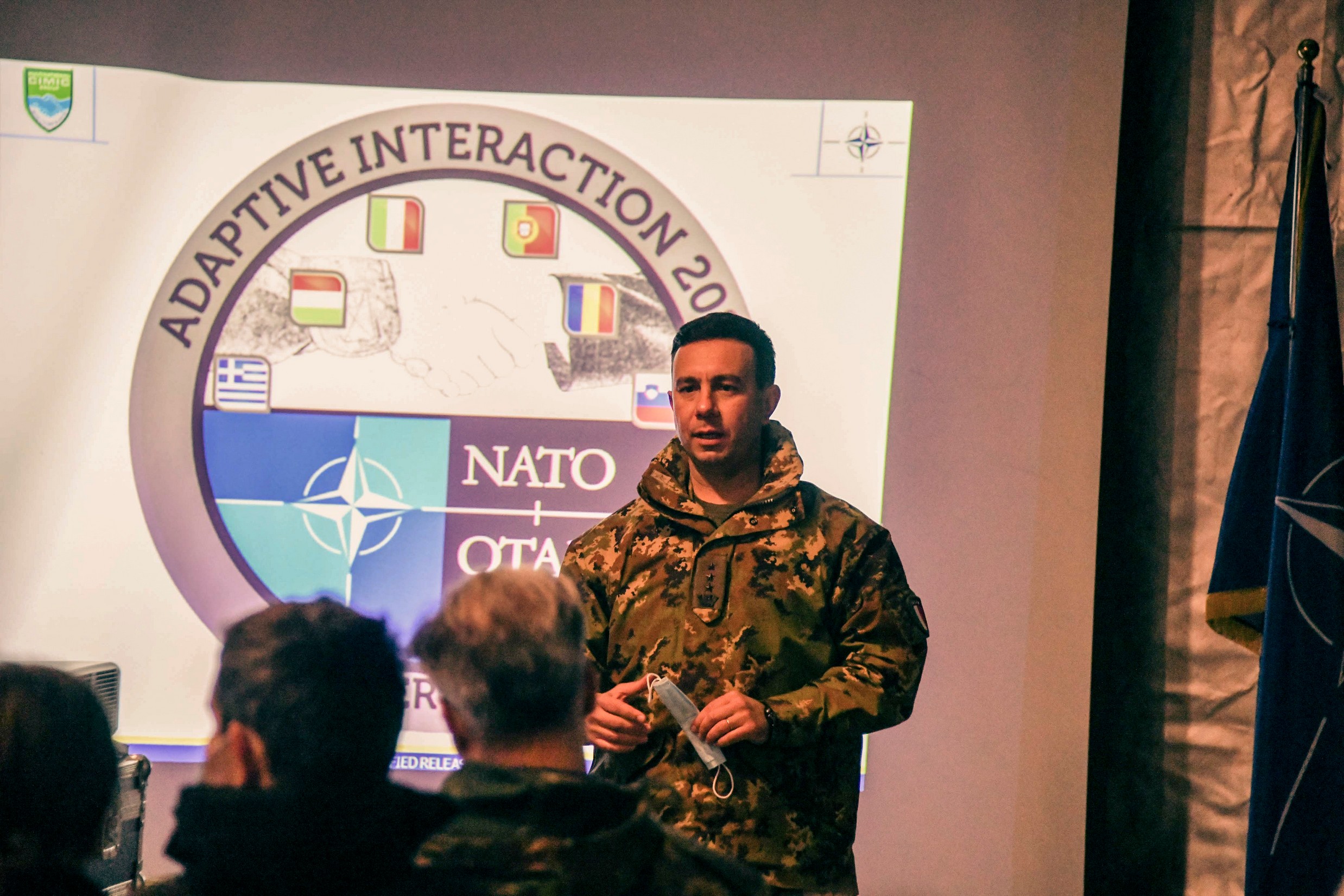 Motta di Livenza, November 26th, 2021.
NATO Allies hold forces at appropriate levels of readiness to provide SACEUR (Supreme Allied Commander Europe) with the capability, capacity and flexibility needed to respond effectively to threats to Alliance territory, citizens and interests wherever they occur.
For this reason from 22 to 26 November 2021, the Multinational CIMIC Group (MNCG) conducted the final phase of the Adaptive Interaction 2021 exercise, aimed at testing CIMIC operators to face the challenges of a fictitious collective defense scenario, the so-called "Article 5" of the North Atlantic Treaty. The exercise took place in Friuli Venezia-Giulia, in a geographical area between Pordenone and Resia Valley. The training area of "La Comina", therefore, represented the nerve center of the activity in which the Command Post was located. Through computer simulation (Command Post Exercise - CPX), a scenario was reproduced that involved the intervention of the Atlantic Alliance and, therefore, of the MNCG operators, led by Colonel Mattia Zuzzi. Within the package of forces prepared by NATO to respond to the crisis, the Multinational CIMIC Group found operated in close adherence with the civil environment, responding to the growing challenges of the symmetrical and hybrid threat. In addition to the computer simulation, the exercise included training of soldiers on the ground in response to the activations that the Headquarters received. The operators of the Italian CIMIC Unit, therefore, interacted, through role plays, with the civil counterpart represented by actors in the role of Governmental, Non-Governmental and International Organizations representatives with whom they had to implement the negotiation techniques and communication, in order to establish a fruitful collaboration relationship for the realization of infrastructure, socio-economic development and training projects, the so-called QIP (Quick Impact Project). During the exercise, in addition to the aforementioned activities, the Remote CIMIC Support was also tested and evaluated, i.e. the ability to support the CIMIC units, deployed in military operations, from the Motherland. This support was "played" remotely by the Mario Fiore Barracks in Motta di Livenza and, when really activated, is given by Subject Matter Experts - Functional Specialists such as engineers, architects, doctors and other professionals in the sector – who provide CIMIC operators, employed in crisis areas, advices for the development of work plans in favor of the populations where the units are employed.
The exercise, in addition, was an opportunity to assess the unit to be fully capable and operational for the assets for NATO Responce Force (NRF) 2022, the Alliance's rapid reaction force.
The team of evaluators, therefore, certified the readiness of MNCG which brilliantly passed the Combat Readiness Evaluation (CREVAL) required by NATO.
Actually NATO continues to strengthen Alliance deterrence efforts and adapt through improving combat readiness and responsiveness by continual refinement and application of NATO standards throughout NATO forces.
During ADIN21, the complex computer communications system was provided by a 7th Army Transmission Regiment team, based in Sacile, while the support of the rotary wing assets was guaranteed by the Center Army Aviation Training, based in Viterbo. 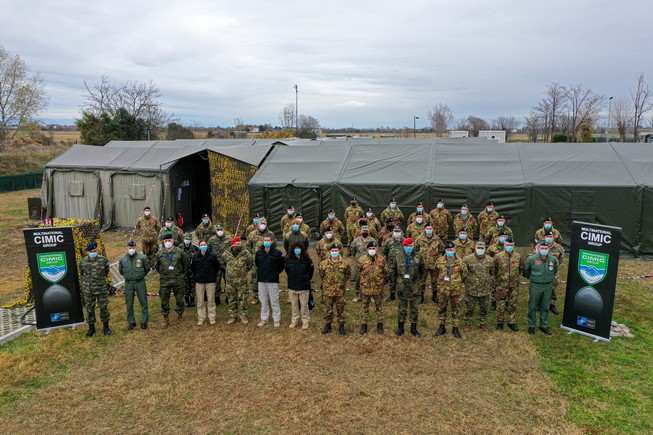 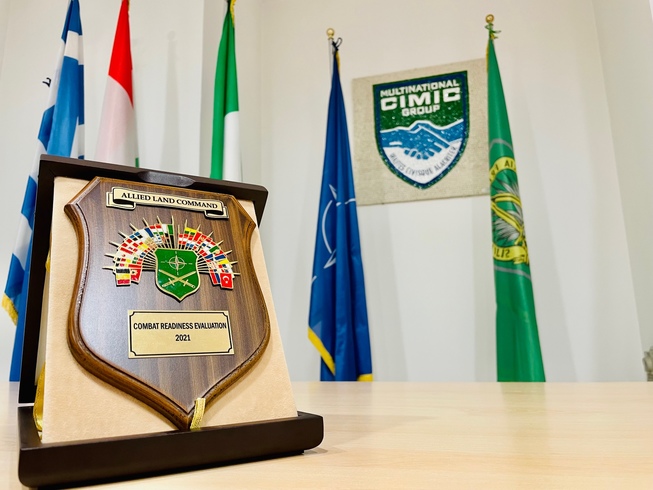 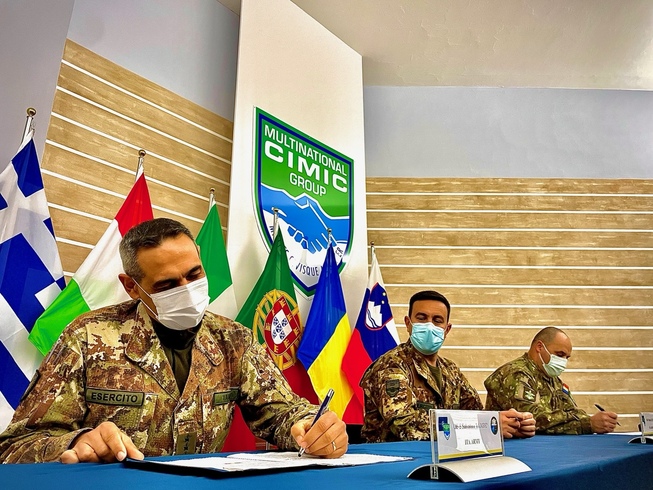 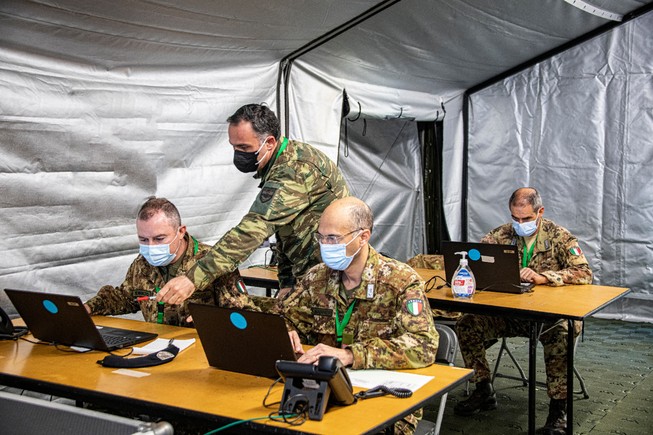 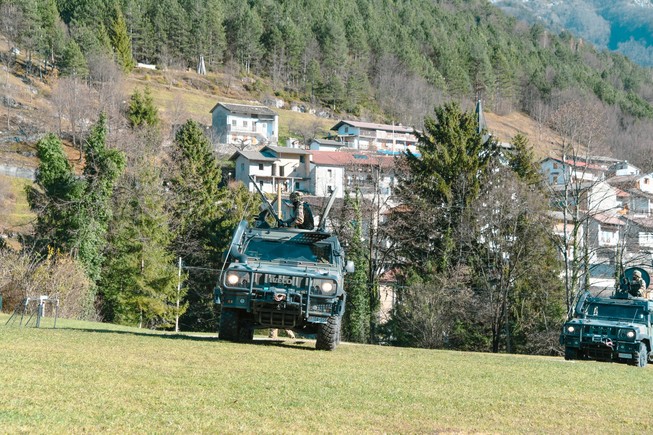 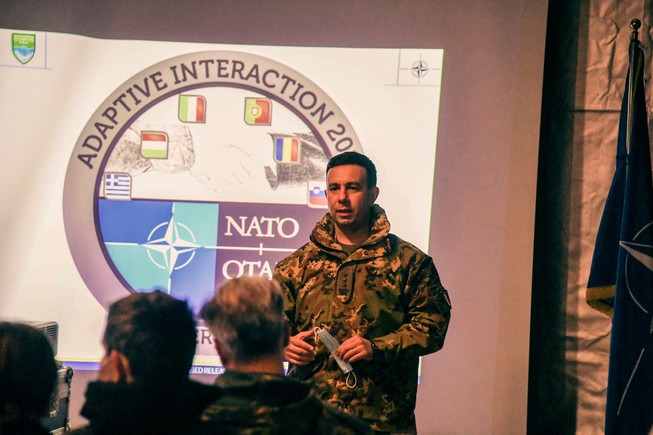 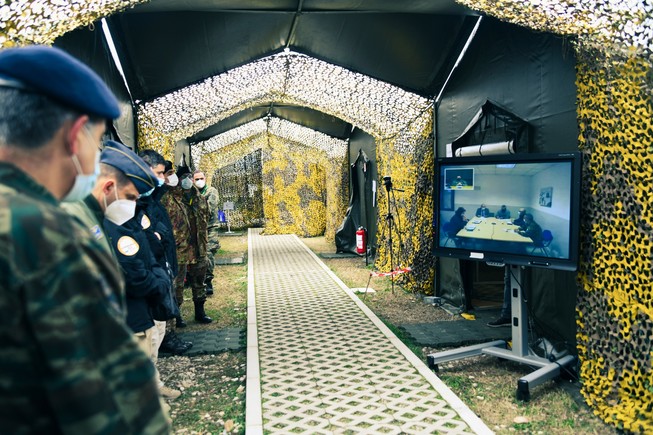 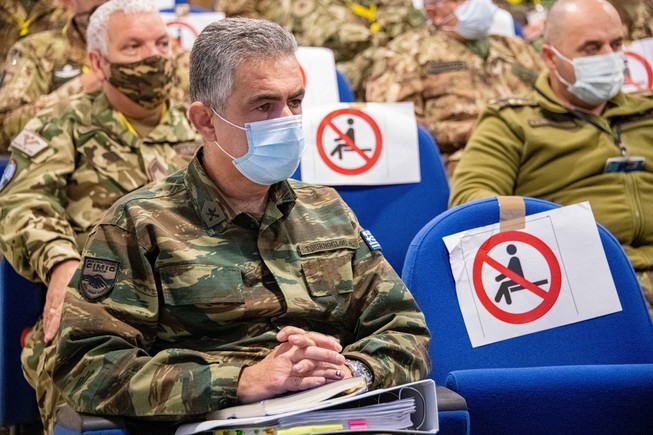 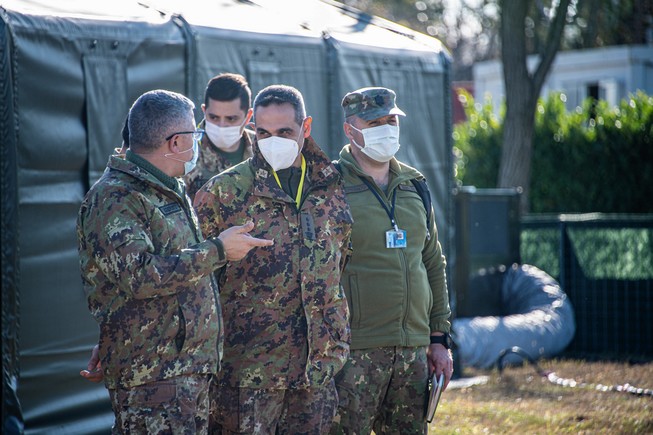 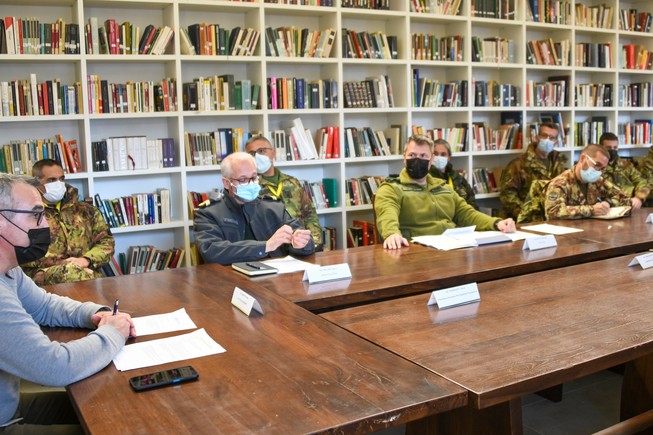 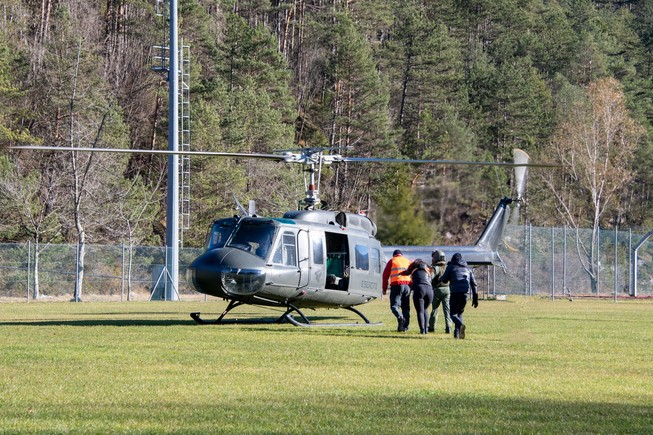 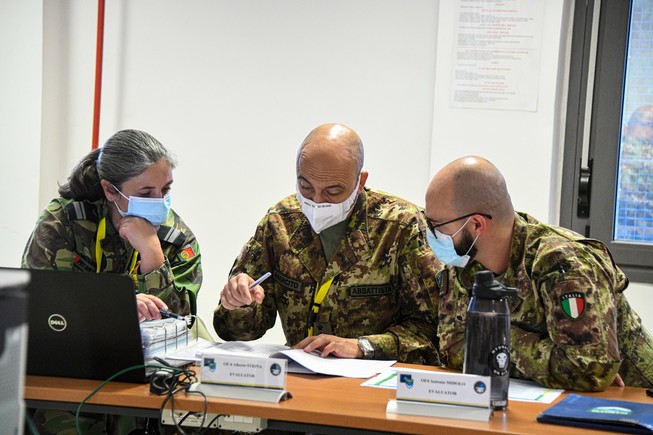 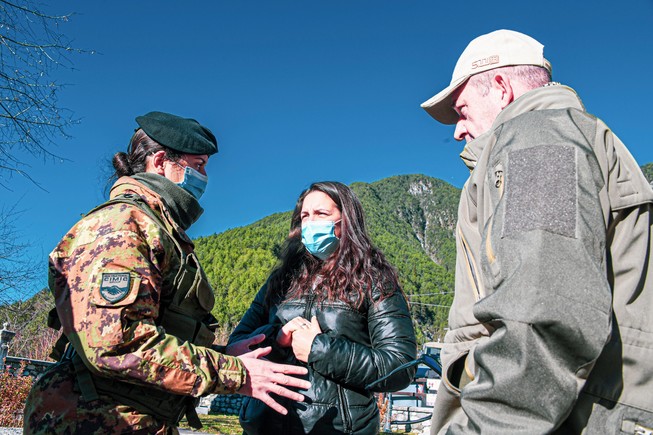 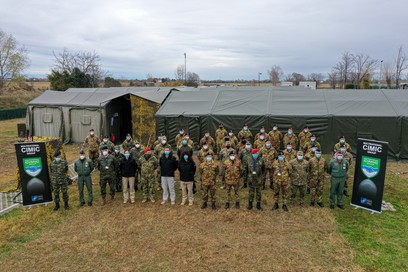 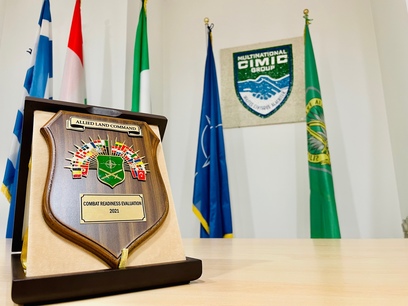 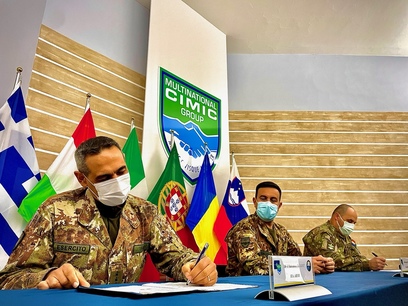 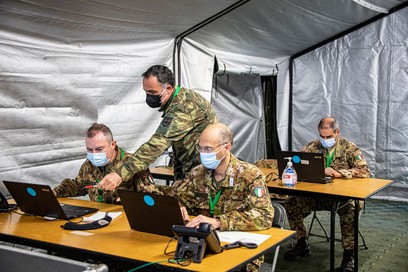 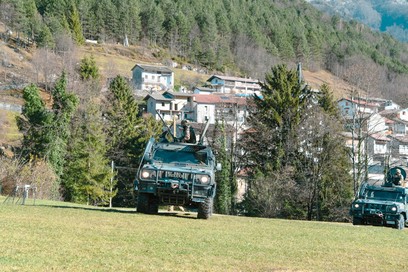 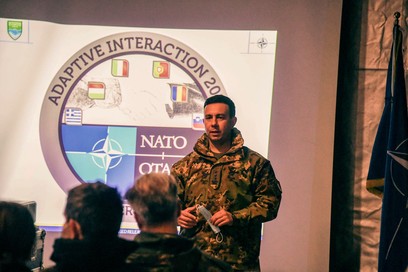 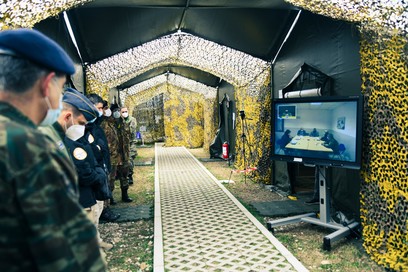 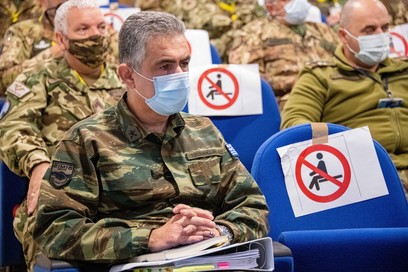 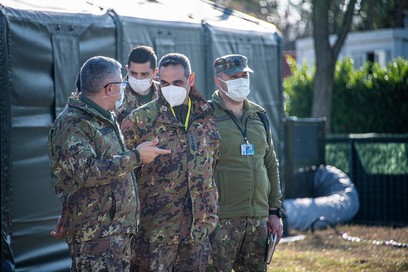 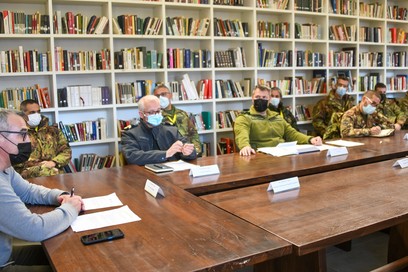 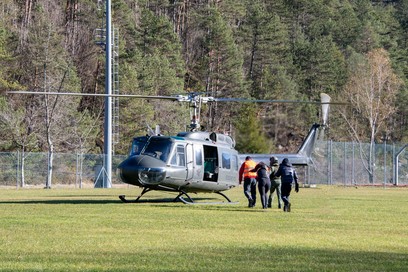 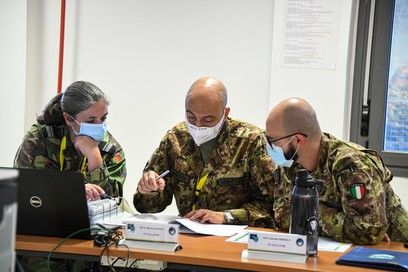 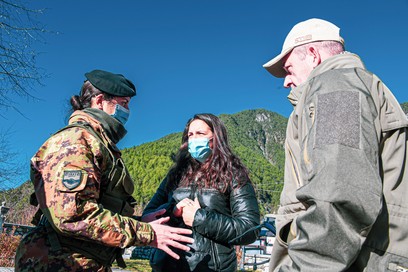