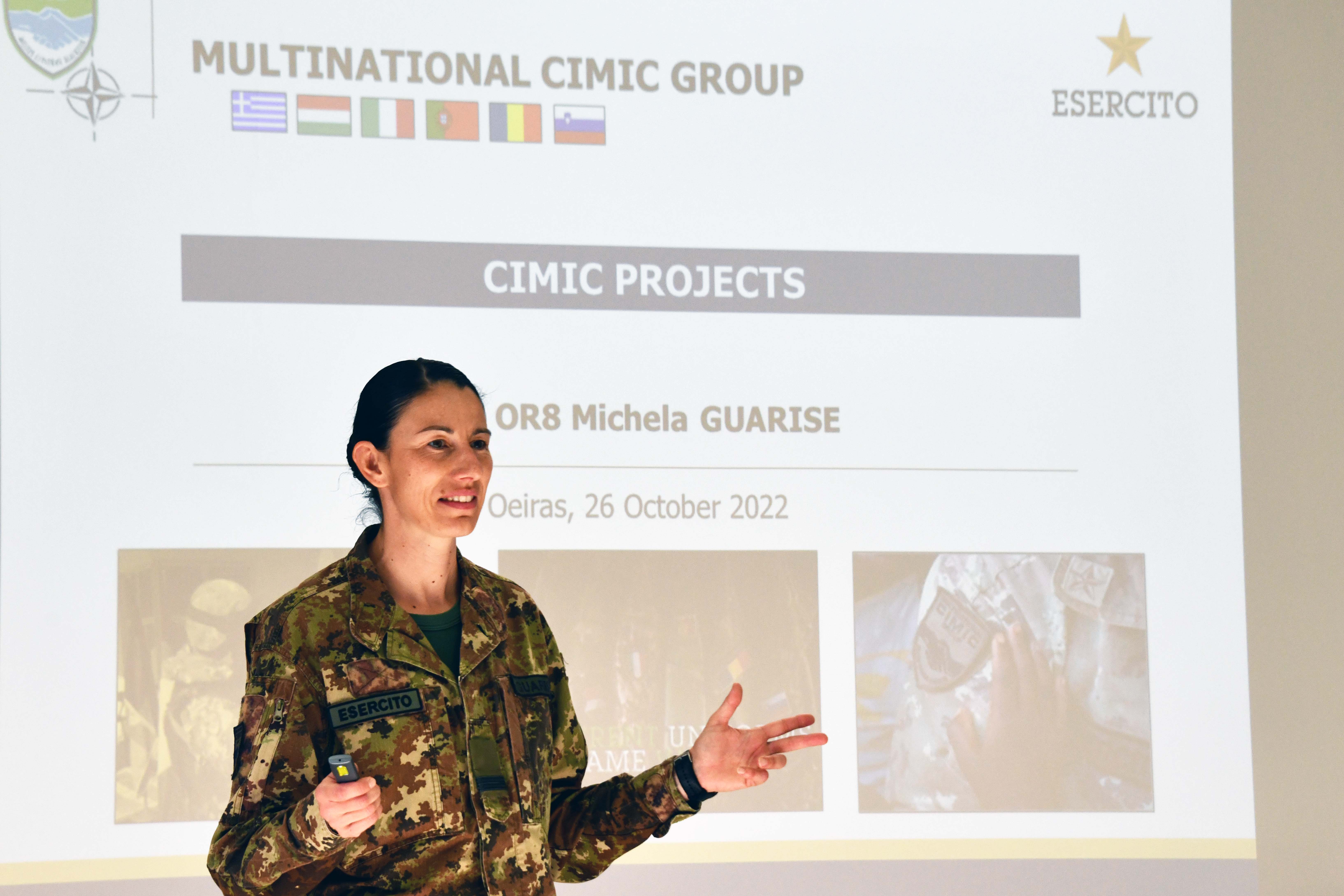 In October 2022, two Mobile Education Training Team (MTT) made-up by Multinational CIMIC Group (MNCG) instructors, supported the development of a CIMIC seminar at the Joint Combined Operational Headquarter of the Portuguese Armed Forces, based in the “Reduto Gomes Freire” barracks in Oeiras (Lisbon), and the conduct of aNATO CIMIC field worker course at the MPSOTC in Greece.

The courses aimed to educate a large military audience composed by students from several Nations (Armenia, Bahrein, Egypt, Greece, Malta, Portugal, Spainand USA) and train selected personnel of the Portuguese Armed Forces who will stand-up for the NATO Response Force 2023 (NRF 23) as a CIMIC Unit.

During the courses the instructors of the MNCG illustrated the principle of the NATO CIMIC Doctrine, the spectrum of the CIMIC activities in support to a NATO operation and the main NATO Techniques, Tactics and Procedures (TTPs) addressing the liaison, the assessment of the civil environment, the CIMIC Centre and projects. The students were furthermore challenged in practical resolution of negotiation case-studies, played in syndicate groups.

The support to the seminars by the MNCG MTT is a recurrent activity started on 2015, which is aimed to increase the interoperability among the MNCG and affiliated CIMIC units belonging to the participating Nations. 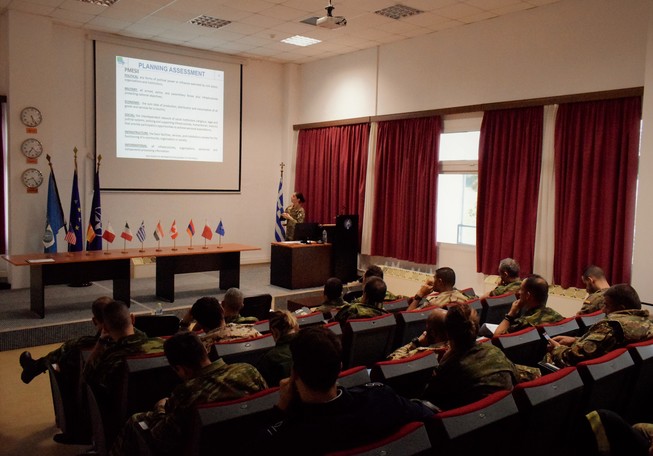 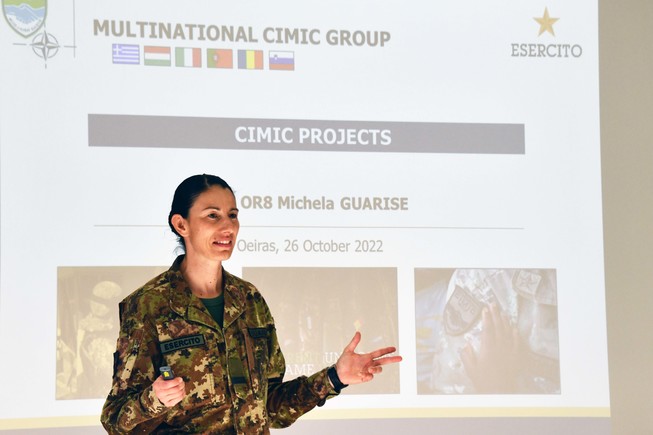 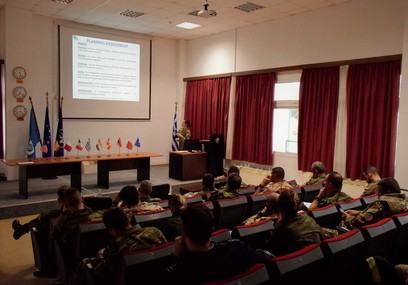 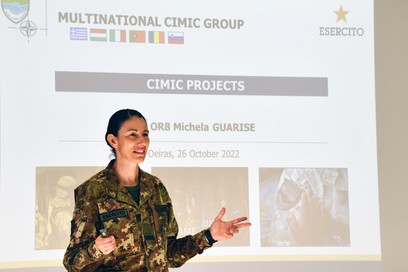